As I promised today I will be writing this blog post from one of my favorite spots in Minamioguni. Yes, with a beer in my hand! One thing I love about Japan is the awesome bar culture. I love drinking at the counter because even though you end up sitting next to complete strangers everyone is open and nice and you often quickly become friends. It’s a great way to meet new people you wouldn’t have met otherwise and through them get a glimpse into many different life stories. To be honest, when moving to Minamioguni I was slightly worried that there might not be a local place that could calm my counter-cravings. But oh, how wrong I was!

Let me introduce you to the pink all-star of Minamioguni, Piero!

This cute pink exterior belongs to the local watering hole in Minamioguni, Piero! When I asked Miyuki-san, who runs Piero, about the color she told me that they repainted over 20 years ago and her husband insisted on salmon pink. Apparently, the choice wasn’t appreciated by everyone. Her grandfather felt so embarrassed about the color at first that he refused to enter the building at all, even though he lived on the second floor (bottom floor restaurant, top floor family living area). It seems he got used to the color after a while but Miyuki-san says, with a giggle, that she has never seen a worse mismatch then the sight of her grandpa poking his head out from the window on the second floor of this pink palace.

About Miyuki-san! Let me introduce her and some history about Piero. 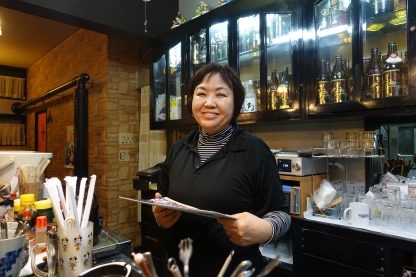 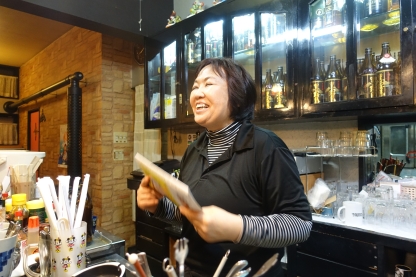 This is Miyuki Ino-san who has been running Piero for 36 years! A lovely and sweet lady with a blinding smile and laugh that can melt any heart. Let me give you an example of how nice she is. The other day she heard that I would stop by after work with a colleague. What did Miyuki-san do? She rushed off to restock on ingredients to make sure she could make my favorite dish. True Japanese rural hospitality! Oh, and she is hilarious as well. The other day when I visited Piero she happily told me about how she mistook parmesan for fish food and gave her fish quite the luxurious dinner. And for some reason, the aquarium is cleaner now than ever so either parmesan has hidden effects or the fish decided to show their appreciation by putting some extra effort into cleaning.

So I mentioned a husband, let me clarify a bit.

Miyuki-san’s husband Youichi-san is actually the one who started Piero 37 years ago. Miyuki-san came as a customer and only one year after opening Piero they were married. Miyuki-san describes her husband as a very silent man but he had a certain air about him. Even though he didn’t talk much he seemed to have a calming effect on people and maybe that is why people gathered around him. According to Miyuki-san, her husband wasn’t much of a businessman, to say the least. He barely charged his customers more than a symbolical sum, regardless of how much they drank or ate. When they got married Youichi-san’s father (the grandpa in the window) apparently asked Miyuki-san to take charge of the economy and save Piero from imminent bankruptcy. And so she did, she even decided Youichi-san ‘s pocket money. And Youichi-san always spent it perfectly, never too much, never too little. Just the amount he was given. That was the kind of man Youichi-san was.

About 20 years ago, just after the picture above was taken, Youichi-san became sick with cancer and after a while, he sadly passed away. Miyuki-san and Youichi-san ran Piero together for about 16 years and since then Miyuki-san has kept her husbands legacy alive by managing Piero while also raising 3 children alone. And not only that, but she has also been involved in volunteer work and done her best to support her community. She is truly an impressive woman who gives so much to the people in her surrounding. Not because she expects something back, but because she feels that this is her way of achieving happiness and being a good role model. And this comes around as people in her surrounding get affected by her good actions and do what they can to help and support her as well. Even though I’m new in Minamioguni and haven’t visited Piero more than 5 times at most, it is obvious to me that Miyuki-san’s customers care as much for her as she does for them.

Let me move on to the next part of this post and present another reason why I’m in love with Piero. Or more exactly, three reasons! This is the holy trinity of food that Miyuki-san produce. I’m not exaggerating when I say that these 3 dishes visit my dreams on a weekly basis. Believe it or not, It’s not all about the beer!

The tempura fried maitake mushrooms might be the one dish to rule them all. And also, the first mushroom that I truly felt from the bottom of my heart was delicious (I have until recently had a life-long and highly personal feud with all kinds of mushroom). A perfectly crispy tempura batter encapsulating juicy and superb maitake. You could say that this dish has been my gateway drug into heavier mushrooms. Only legal mushrooms though!

The butter squid was yet another nearly religious experience for me. I have always found the taste of squid nice but the texture a bit hard to chew. But this here is something completely different. The light salt and butter taste combined with a soft squid that melts in your mouth can only be described as heavenly. Squeeze some lemon over it and you will have found yourself a shortcut to nirvana.

This post is getting long! And to be honest, I did start writing at Piero but it was harder than I imagined to talk and write at the same time so I’m now eating away at my sleeping hours at home to keep my promise and upload this post today!
I’ll finish off with some pictures that I hope will convey the nice atmosphere at Piero! 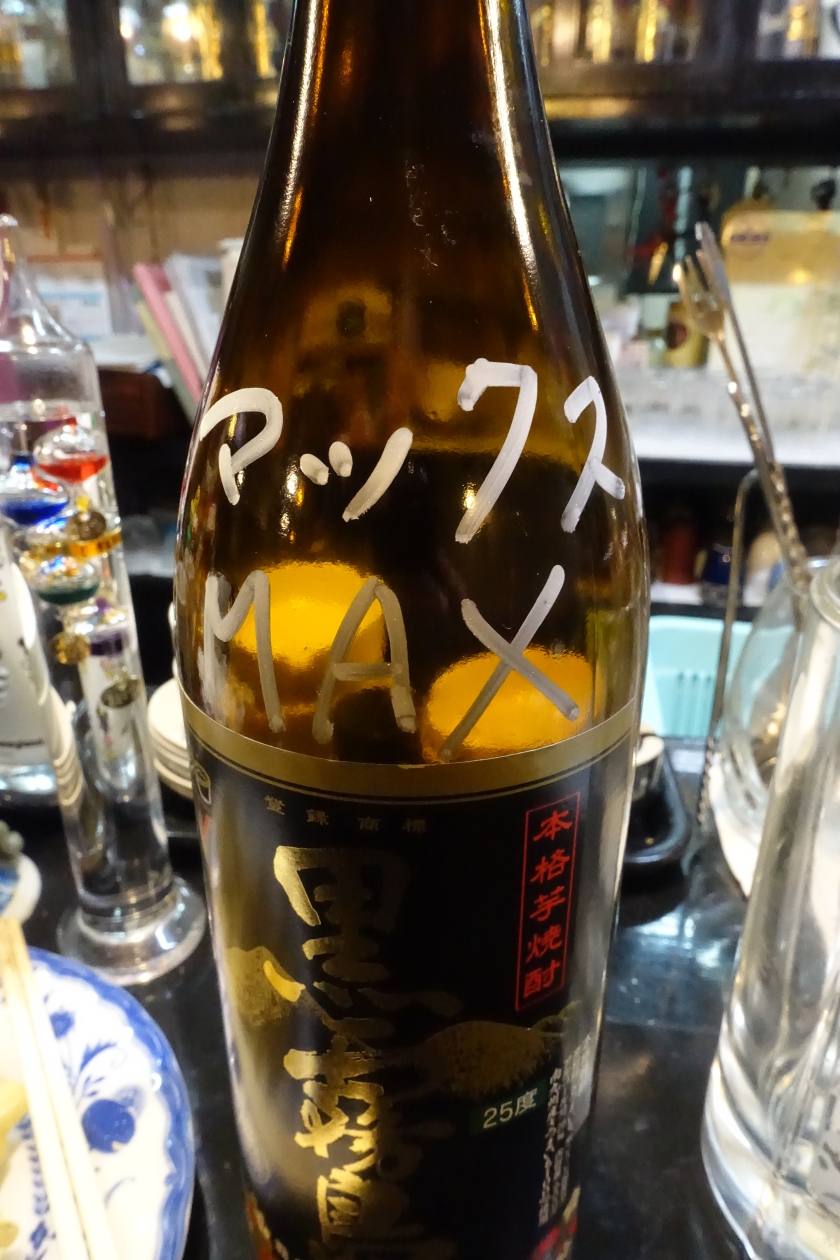 Oh, this last picture needs some explanation though! In Japan, it isn’t unusual that you buy a bottle of liquor, in this case, Japanese shochu(↑) that you keep in the bar. Hence the original name for it, “bottle-keep”. According to Miyuki-san, I’m the first foreigner who has kept a bottle in the bar since they opened Piero 37 years ago. It’s not how I imagined that I would put my name down in the history of Minamioguni but at least it’s a start!

So this is Piero! A great little restaurant, bar, cafe or whatever you need it to be! Loved by the locals of Minamioguni and at least by one weird Swedish guy. I’m so grateful to have this little spot where you can wind down with some good food, drinks, and conversation after an intensive week at work. If you stop by Minamioguni you should definitely drop by. I even give you full permission to drink from my bottle as well!

Oh, and thank you Miyuki-san for everything you do!

2 thoughts on “The pink palace, Piero!”